Things You Should know about Dumplings for Chinese New Year

The 2022 Spring Festival is approaching, and the New Year's Eve of this year is different from previous years, which usually falls on December 30 in the lunar calendar (31st January on Gregorian Calendar), but the New Year's Eve of this year falls on December 29 on the lunar calendar because as it turns out, this year's lunar December is a smaller month with only 29 days. On the New Year's Eve, Chinese families will sit together and enjoy the dinner while watching the Spring Festival Gala. One of the custom dishes of the New Year’s Eve dinner is dumplings, that you must be familiar with. Let's introduce you to know more about dumplings.

Dumpling is a kind of ancient Chinese traditional food, having a history of more than one thousand eight hundred years, loved by the Chinese people. Dumplings are folk staple food in northern China, local snacks around the country, as well as festival food. Dumplings taste delicious and exquisite, which are rich in nutrients, made by boiling dough wrappers with a variety of fillings inside. The origin of dumplings

Dumplings, were invented by Zhang Zhongjing, a doctor from Henan Province in the Eastern Han Dynasty, an evolution from wonton. At that time, it was used as a medicine to avoid frostbite on the ears for patients. During the end of Han Dynasty and the Three Kingdoms Period, dumpling become a staple food and it was spread worldwide in the Song Dynasty. As early as the Ming Dynasty, the custom of eating dumplings during the Spring Festival has appeared in China.

Leek (韭Jiǔ菜cài) is a homonym for long wealth (久Jiǔ财cái) in Chinese, long means a long time. Dumplings with leek filling are a blessing for long-term material wealth, but also the blessing to be as enduring as the universe, containing the Chinese people's wishes for good health, family harmony and happiness. Chinese cabbage (白Bái菜cài) is a homonym for hundreds of fortune (白Bǎi财cái), and hundred is a quantifier meaning one hundred kinds. Dumplings filled with Chinese cabbage are not only a blessing for all kinds of fortune, in the wedding ceremony, they can also express the good wishes to the newlyweds for a long life together.

Celery (芹Qín菜cài) is the homonym for regular goods (勤Qín财cái) in Chinese, regular means diligent and industrious. The continuous wealth, that is regular goods. The dumplings with celery filling are the blessing of continuous material wealth, but also the best wishes for diligence and pragmatism.

The custom of eating dumplings during the Spring Festival

The Spring Festival, which is the most important annual festival in China, begins from the lunar December 23, every family starts to put up the lights, paint and paste the couplets and clean the courtyard , preparing for the Spring Festival. In the New Year's Eve, the most essential activity is to make dumplings together. As the shape of dumplings is like shoe-shaped silver ingots, making dumplings symbolizes and blesses good fortune. On the occasion of leaving out the old year and ushering in the new year, eating dumplings is a wish for a prosperous new year. The wanderer who leave his hometown, having dumplings during the Spring Festival can express his hope for safety and reunion.

How to boil dumplings

Boiling dumplings sounds easy, but it's not that simple to boil it well without breaking it. Here’s a tutorial on how to boil dumplings for you, check it.

1. Fill the pot with half the water, then add a spoonful of salt into it, which can prevent breaking the dumplings while boiling.

2. Wait for the water to boil, after the water boiling, add dumplings, you shouldn’t add too many dumplings at once, just ensure that the water can completely cover every dumpling.

3.When the water boil again, add about 200 milliliters of water, repeat three times, and then you’re done.

If you’re in China, enjoy your Spring Festival holiday and don’t forget to have a taste of dumplings. If you’re looking to study Sichuan or China, get in touch at [email protected] and we can help you find your perfect university and course. Happy Spring Festival! 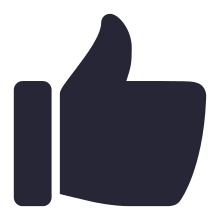